TuttoBene Srebreno, Tasted by the Editor 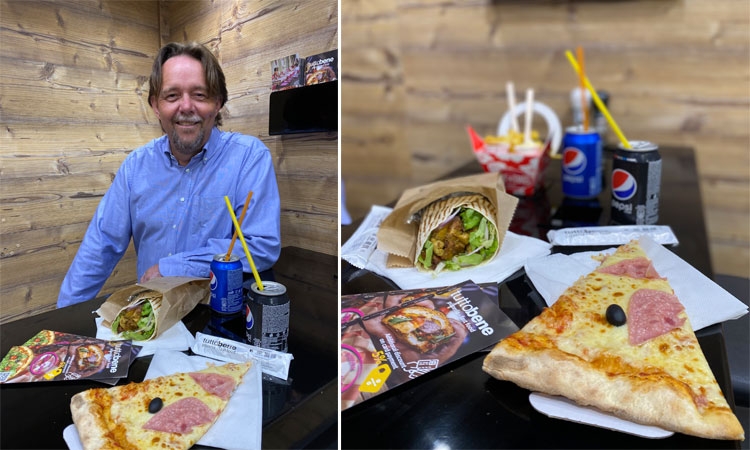 There is a theory that the best place to eat, and indeed drink, when you are in a foreign destination is exactly the place where the locals gather. If that is the case, and it is a rule that I generally follow, then if you’re in Župa, or more precisely Srebreno, then Tutto Bene is the place to be. And the pizzeria and fast food restaurant follows its name – Tutto Bene translated from Italian to English basically means “Everything is good.”

Now, right off the bat, and to be up front and open I have eaten in this restaurant countless times as I live in the neighbourhood. So I am pretty familiar with the menu, but that doesn’t mean I’m not open to a new “challenge.” In fact, Tutto Bene isn’t what you’d really expect from the location. It’s a funky urban looking restaurant that wouldn’t look out of place on the high street of any major European capital city.

The only thing that will possibly be different is seasoning, which should be, because you should always season to taste. And speaking of seasoning to taste, all of the recipes in this Instant Pot series are 5 ingredients, not counting salt and pepper.

It’s easy to find, and almost just as importantly easy to park. As the summer season hots up the parking situation becomes crazy, finding that empty space is like finding a unicorn standing on a four-leaved clover. But Tutto Bene not only has plenty of free (yes, I said free) parking all around but there is also an underground (yes, in the shade) carpark which has a lift directly to the restaurant.

There are basically three sitting areas, an inside one, a covered terrace and an open-air terrace. For some reason the covered terrace is the most popular. “Good to see you again Mark,” said the friendly manager as I entered. Like I said this has that “Cheers” factor, you know where everyone knows you name.

Tutto Bene isn’t really a classic pizzeria, although they do have a great range of those Italian flat dough specialties, they even have my absolute favourite Hawaii pizza. For as well as pizzas they have an extensive mix of burgers, tortillas, salads, wings, ribs, etc. And if you’re with your family just flip the menu over to keep the children occupied, you’ll realise when you see the back of the menu.

“I haven’t tried a burger here for a long time, so what would you recommend,” I asked the waitress. “If you’re hungry then why not try the crispy bacon burger,” she suggested. One small tip, if you order this burger then bring a big appetite with you. Succulent and tasty and served with French fries. And not at all expensive, in fact great value.

Now realising that my wife and family were probably peckish as well I ordered a take-away, a prosciutto and rocket pizza and a chicken salad. I can’t really give my opinion as I didn’t get to try them, but as the pizza disappeared in a flash and the salad with it, I can only guess that they were satisfied with my choice. And that’s another advantage of Tutto Bene, they have a fast delivery service and all the meals aren’t just packed in plastic and paper, they have thought out the packaging to keep in line with the funky, urban concept. 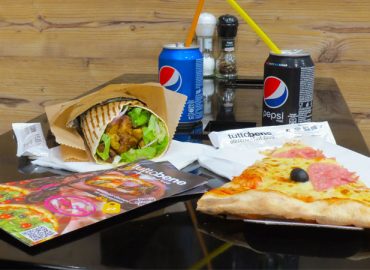 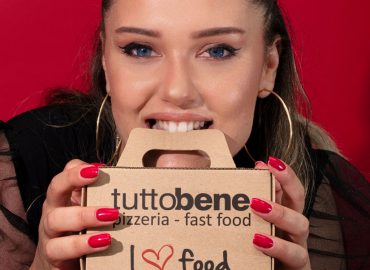 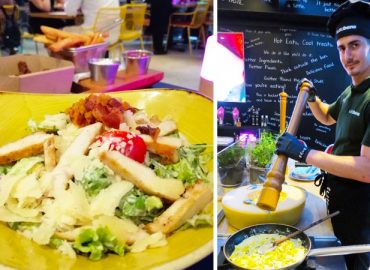